What Happens After You are Arrested in Alaska? 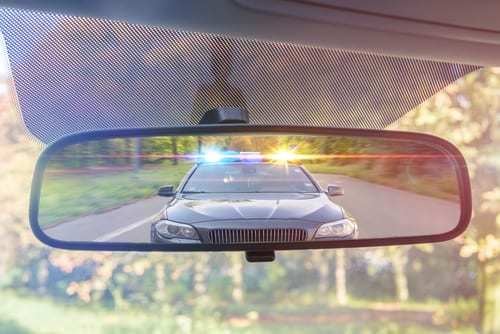 Facing a criminal charge in Alaska is a daunting proposition. You could be at risk for substantial fines, prison time, and other penalties; and, if you are like most people, you have no idea how the process works or what you need to do in order to give yourself a fighting chance at trial.

The 9 Major Steps in an Alaska Criminal Case

While it could be months before your case goes to trial (if it goes to trial), in Alaska, the criminal justice process starts moving quickly once you are arrested. Here is an overview of what you can expect in a typical case, what you need to do to protect yourself, and how a criminal defense lawyer in Anchorage can help you at each step along the way:

After being arrested, you will be taken to jail for booking. Jail personnel (corrections officers) will take your personal belongings, and you will be afforded the opportunity to contact an attorney. You should take advantage of this opportunity. From this point forward, you need to be extremely careful about everything you say and do, and engaging defense counsel is the best way to protect yourself.

While you are in police custody, you may be asked several times to answer questions. This will often be presented as an “interview,” when in reality it is an interrogation. You do not have to answer any questions; and, if you do, anything you say will only be used against you.

If you are released on bail (or bond) pending further proceedings, then you must comply with the bail conditions in order to avoid being sent back to jail. In lieu of posting bail, your criminal attorney in Anchorage may be able to argue for you to be released “on your own recognizance” if you promise to show up for subsequent proceedings. If you post bail or bond and violate the terms, not only will you be sent to jail, but you may be forced to forfeit the bail or bond to the court.

4. The complaint, Information, or Grand Jury

If you have been arrested for a misdemeanor, the prosecutor's office will file a “Complaint” or “Information,” which is the formal charging document in your case. If you are facing a potential felony charge, then the prosecutor's office will present your case to a grand jury. The role of the grand jury is to determine whether there is “probable cause” to support a felony charge. If the 18 grand jurors determine that probable cause exists, then they will issue a “true bill” resulting in an indictment. If the grand jurors determine that probable cause is lacking, then they will issue a “not true bill” and your case will be over.

If you are indicted, then you will be scheduled to appear before the court for a second arraignment. At this arraignment, the judge will formally inform you of the grand jury's decision and ask you to enter a plea. Once again, you are entitled to legal representation, and your attorney can help you enter a plea of “not guilty” without saying anything else that might jeopardize your defense.

Once you have been arraigned, there will be several intermediate steps before your case goes to trial. Your attorney will collect evidence, question potential witnesses, file motions, and take various other steps in order to try to secure a favorable pre-trial result – or to position your case for a successful defense at trial if necessary. While Alaska law generally requires that criminal cases be taken to trial within four months of the date that the defendant is charged, it is not uncommon for this period to be extended due to requests for postponement and the court's consideration of other pre-trial motions.

During the pre-trial phase, your attorney may also negotiate with the prosecutor's office in an effort to secure a favorable plea bargain. Many criminal cases are resolved by plea bargains, and these bargains can come at any stage prior to (or during) trial. However, since a plea bargain involves entering a guilty (or “no contest”) plea in exchange for the charge against you being reduced, the decision to accept a plea is one that needs to be made very carefully and only after careful consideration with help of your defense lawyer.

In criminal trials, the prosecution always goes first. This is because the prosecution has the burden of proof; and, if the government's attorneys not present evidence to prove your guilt beyond a reasonable doubt, then you are entitled to a directed verdict without the need to present a defense. During its case in chief, the prosecution will present evidence through the testimony of witnesses (i.e. the arresting officer); and, if you need to present a defense, the process will be the same for you (or your defense attorney) as well. When taking your case to trial, there are several important questions to answer, including:

Finally, if you are convicted, then your case will proceed to sentence. In Alaska, all crimes carry a range of potential sentences, and your attorney can use the facts to argue for as light a sentence as possible. At this stage, your attorney will also evaluate any grounds that are available to appeal your conviction.

Of course, if the jury renders a “not guilty” verdict, then the case will be dismissed and you will be free to go. If the jurors cannot reach a unanimous verdict, the judge may declare a mistrial in which case the prosecutor's office will have the option to file charges again.

Get a Free Criminal Defense Consultation in Soldotna or Anchorage

If you have been arrested in Soldotna or Anchorage, it is important that you speak with a criminal defense attorney immediately. For a free and confidential consultation about your defense, call me, attorney Eric Derleth, at 907-262-9164 now.