Can I Seek Compensation if I was Partially at Fault in a Car Accident in Alaska? 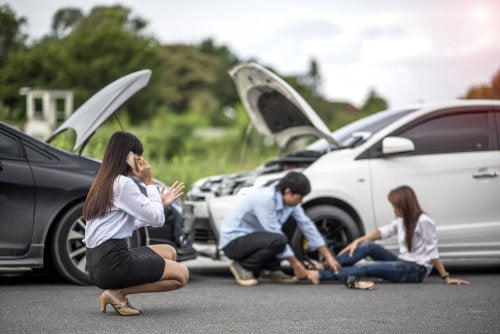 Any time there is a car accident, there is the potential for numerous different factors to have been involved. Driver negligence, issues with the road, issues with one or both cars, negligent hiring and entrustment—these are just a sampling of the wide range of factors that can lead to serious and fatal collisions.

With this in mind, if you have been involved in a car accident and believe that you may have been partially at fault, you should not jump to conclusions. Even if you were doing something that was ill-advised (i.e. exceeding the speed limit or looking at your phone), this does not necessarily mean that your actions played a role in your collision. In order to figure out exactly what happened, your attorney will need to conduct an investigation, and it may be necessary to hire an accident reconstructionist to piece together the events leading up to the crash.

But, let's say for the sake of argument that you were partially at fault in your car accident. What are your legal rights? Fortunately, Alaska has one of the most-favorable laws regarding partial fault in the entire country.

In Alaska, You Can Seek Partial Compensation for a Car Accident if You Were Partially at Fault

Different states handle partial fault in different ways. In some states, being partially at fault in a car accident serves as a complete bar to recovering financial compensation. In others, being partially at fault serves as a bar to recovery if you are more than 50% or 51% to blame. In Alaska, however, you can seek partial compensation for your injuries regardless of your percentage of fault.

Alaska is one of about 10 states that has adopted the law of “pure comparative fault.” Under pure comparative fault, when a person is partially at fault in a car accident, that person's compensation award is reduced in inverse proportion to his or her percentage of liability. As stated in Section 09-17-060 of the Alaska Statutes:

Example #1: You Were Following Too Closely When You Got Rear-Ended

For our first example, let's say you were driving on AK-1 outside of Anchorage. Traffic was heavy, and you were following a bit too closely in bumper-to-bumper traffic. All of a sudden, you got rear-ended. You instinctively slammed on your brakes, but you were not able to avoid hitting the car in front of you. You suffered whiplash and a concussion in the accident.

This is a scenario in which it is possible (though not certain) that you would be deemed partially at fault for your injuries. For purposes of this example, we'll say that an investigation reveals that you were 10% at fault.

Example #2: You Were Speeding When Another Car Clipped Your Bumper

For our second example, let's say that you were driving above the speed limit on AK-1. You approach a car that has its turn signal on; and, just as you pass, the driver changes lanes. He didn't see you coming. Your car spins out of control, and you suffer several bone fractures along with various cuts, bruises, and soft tissue injuries.

In this scenario, there is a greater likelihood that you would be found to have played a more-significant role in the accident. An investigation reveals that even though the other driver clipped your bumper, you only spun out of control because you were driving too fast. Had you been driving the speed limit when you got hit, your injuries would have been far less severe. Based on the available evidence, it is determined that you are 50% to blame for your injuries.

Due to the severity of your injuries, your financial and non-financial losses total $250,000. Based on your percentage of fault, under Alaska's pure comparative fault law you would be entitled to recover $125,000.

Example #3: You Crossed a Double-Yellow Line and Hit a Speeding Driver

For our last example, let's say that you were driving on a two-lane road outside of Soldotna. You got distracted by your phone, and you crossed the double-yellow line. You hit an approaching vehicle head-on, and you suffered severe traumatic injuries in the crash.

Through an investigation, it is determined that the other driver was driving 10 miles per hour above the speed limit, and that this played a slight role in the severity of the crash. Based on the facts presented, you are deemed 90% at fault in the collision.

These are hypothetical examples, and we have made up percentages and amounts in order to illustrate how Alaska's pure comparative fault law applies in various scenarios. If you have been injured in a collision, you will need to hire an attorney to investigate the cause of the accident and determine how much you are entitled to recover based upon the specific facts involved.

Have you been injured in a car accident? If so, it is important that you speak with an experienced accident attorney as soon as possible. To find out how much you may be able to recover for your injuries, call 907-262-9164 for a free consultation with attorney Eric Derlethtoday.