What are Your Constitutional Rights as a Criminal Defendant in Alaska? 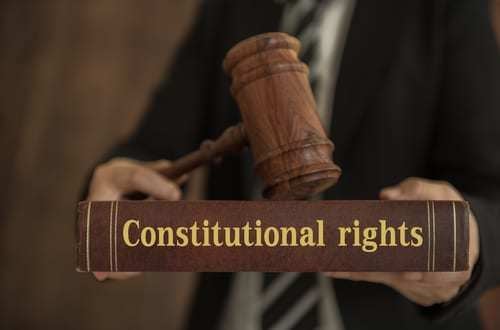 If you are facing criminal charges in Alaska, you are facing an uphill battle. Even though prosecutors have the burden of proof, and even though they must convince the jury with 99 percent certainty, avoiding a conviction still requires an effective defense strategy that is based on the specific factual and legal issues involved in your particular case.

When it comes to building a defense strategy, there are three primary types of defenses available. These are:

Within each of these categories, there are numerous nuances and specific defenses that will be available under varying sets of circumstances. In this article, we will cover the main types of constitutional defenses that are available in Alaska criminal cases.

1. Violation of the Fourth Amendment Protection Against Unreasonable Searches and Seizures

The Fourth Amendment's protection against unreasonable searches and seizures prohibits the introduction of illegally-obtained evidence under a broad range of circumstances. If the police stop you without “reasonable suspicion,” if they conduct a warrantless search without “probable cause,” or if they obtain a search warrant based on invalid probable cause, then any evidence obtained in violation of your Fourth Amendment rights may be inadmissible in your criminal case.

2. Violation of the Fifth Amendment Protection Against Self-Incrimination

3. Violation of the Fifth Amendment Protection Against Double Jeopardy

The Fifth Amendment also contains the prohibition on double jeopardy. Under the Fifth Amendment's Double Jeopardy Clause, criminal defendants cannot be prosecuted twice for the same offense if they are acquitted in court. However, the prohibition on double jeopardy does not prevent a second prosecution in the case of a mistrial.

4. Violation of the Sixth Amendment Right to Counsel

Under the Sixth Amendment, “[i]n all criminal prosecutions, the accused shall enjoy the right . . . to have the assistance of counsel for his [or her] defense.” If you are denied access to a lawyer while being interrogated, while in custody, or in any criminal court proceeding, this may provide you with grounds to seek a dismissal. You may be entitled to representation by a public defender, but only if you qualify as an “indigent” defendant.

5. Violation of the Sixth Amendment Protection Against Surprise Charges and Evidence

As you prepare for trial, you are entitled to know the charges against you, and you are entitled to know what evidence the prosecutor's office intends to present in court. These rights appear in the Sixth Amendment to the U.S. Constitution. However, the prosecutor's office does not simply have to hand over its evidence voluntarily. In order to obtain much of the State's evidence, you must formally request it through the pre-trial “discovery” process.

6. Violation of the Sixth Amendment Right to a Speedy Trial

The Sixth Amendment also provides all criminal defendants with the right to a “speedy and public trial.” What is considered “speedy” depends on the nature of the case and various other factors. However, if your trial is delayed unnecessarily, and if you are harmed (or “prejudiced”) as a result, then you may have grounds to file a motion to dismiss.

Another key protection for criminal defendants contained in the U.S. Constitution is the prohibition on ex post facto law enforcement. Basically, if you are arrested and then the Alaska legislature enacts a law outlawing your conduct, you cannot be prosecuted under the new law.

Asserting Your Constitutional Rights During Your Alaska Criminal Case

While these are all fundamental protections, if police or prosecutors violate your rights, this will not have any immediate impact on your case. In order to protect your rights, you must seek appropriate relief in the Alaska state courts. This means that you need an experienced criminal defense attorney; and, in order to ensure that you are able to assert all available defenses as soon and as effectively as possible, you should discuss your case with a criminal lawyer right away.

Have police or prosecutors violated your constitutional rights? To find out, schedule a free initial consultation with Alaska criminal defense attorney Eric Derleth. To arrange a meeting as soon as possible, call 907-262-9164 now.