What are Potential Defenses to Criminal Charges in Anchorage, Alaska?

What are Potential Defenses to Criminal Charges in Anchorage, Alaska? 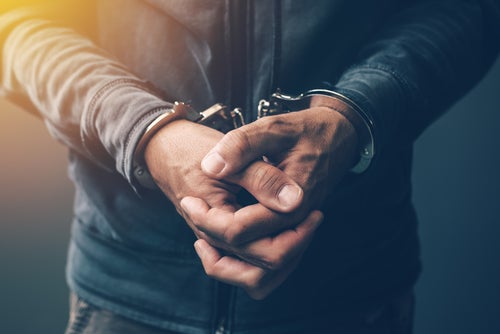 In order to avoid these consequences, or at least mitigate them to the greatest extent possible, you need to execute a strategic defense. There are numerous potential defenses to criminal charges in Alaska, and determining which defenses you have available is one of the first steps toward building a cohesive and effective defense strategy.

Establishing an alibi involves gathering sufficient evidence to show that you were not at the scene of the crime at the time that the crime was committed. While it obviously will not be possible to present an alibi defense if you were pulled over and charged with DUI, presenting an alibi will often be an effective defense strategy in cases involving allegations of violent, property, and drug-related crimes. Types of evidence that can be used to establish an alibi include (but are not limited to) phone and computer records, employment records, receipts and credit card statements, video footage, and eye witness testimony.

In criminal cases in Alaska, the prosecution must prove your guilt beyond a reasonable doubt. This is known as the “burden of proof,” and it requires the prosecution to convince the jury with near absolute certainty that you are guilty of the crime alleged.

Since the prosecution has the burden of proof, you do not need to prove that you are innocent in order to avoid a conviction. If you can poke a hole in even a single element of the prosecution's case, this can be enough to protect you from a guilty verdict at trial.

As a general rule, in order to be guilty of a crime, you must have committed an illegal act with the requisite criminal “intent.” As a result, if you mistakenly believed that your conduct was lawful, this can provide a defense in some cases.

However, except in very limited circumstances, ignorance of the law is not a defense. If you simply were not aware that what you were doing was illegal, in most cases this will not establish the defense of mistake. On the other hand, if you reasonably believed that what you were doing was lawful (i.e. if you were accused of theft after mistakenly believing that you had permission to borrow someone else's computer), this type of “mistake of fact” can provide a defense to criminal culpability.

The defenses of abandonment and withdrawal apply in circumstances where a person undertakes to commit a crime but then backs out prior to the crime being fully completed. These defenses are generally available in cases where one person is being charged as a member of a larger criminal enterprise. There are conditions on the availability of these defenses, and prosecutors may still be able to charge you with attempt or conspiracy, so claiming abandonment or withdrawal is a defense strategy that needs to be executed extremely carefully.

#6 Defense of a Third Person

#7 Setup or “Someone Else's” Property

For crimes such as illegal drug possession and unlawful possession of firearms, proving that the items in question are yours is a key element of the prosecution's case. If you were set up (i.e. if someone else planted drugs on you before fleeing the scene), or if you were in the presence of illegal drugs, paraphernalia, firearms, or other items that were not yours, then you do not deserve to be convicted and sentenced at trial.

Under the Fourteenth Amendment to the U.S. Constitution, the Fifth Amendment privilege against self-incrimination and the Sixth Amendment right to counsel apply in state criminal cases. If you were interrogated in custody without being read your Miranda rights, or if you were denied your right to speak with a criminal defense attorney, any evidence obtained in violation of your constitutional rights may be inadmissible in court.

The same applies to the Fourth Amendment's protection against unreasonable searches and seizures. If the police searched your person, your car, or your home without a valid warrant (under circumstances in which a warrant was required), then you may be entitled to have any evidence obtained as a result of the search excluded from your case.

Have You Been Arrested or Charged with a Crime in Alaska?

If you have been arrested or charged with a crime, you are entitled to legal representation, and it is important that you speak with a criminal lawyer as soon as possible. For a free, no-obligation consultation about your legal rights, call me at 907-262-9164 now.