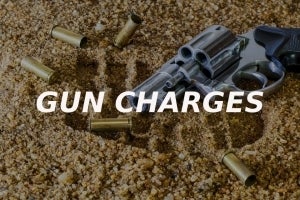 Are You Facing Gun, Knife, or other Weapons Charges in Alaska?

Charges related to guns are one of the heated arguments in the United States. Alaska's federal laws allow the possession and bearing of guns. According to the second amendment, people have the right to bear arms and it also provides that the person's right of keeping arms should not be violated.

Second amendment rights are important because of several reasons one being that it was accepted all along with the original Bill of rights in 1971 but was not elucidated by the United Supreme Court before 2008. The crux of the matter was the collective right including militias or an individual right to keep and bear arms. The law states- “A well-regulated militia, being necessary to the security of a free State, the right of the people to keep and bear Arms, shall not be infringed.” The court in the “Heller” case answers in favor of the individual's right to hold a gun. It was an extension of the common right law of defending oneself. Though the courts have recognized the law to bear arms it is not absolute. There are regulations and restrictions for example the offenders are prohibited from possessing guns and illegalizing concealed weapons.

Charges where one loses his/her right to own a gun

According to Federal law, the citizens of Alaska are not allowed to purchase or possess guns if they have been pronounced guilty of any kind of felony, domestic violence or misdemeanor. Alaska restricts an individual from carrying guns if he has committed a felony however this restriction does not bestow if the felony committed is not against a person or the duration of the felony has expired (more than 10 years). The period will be counted between the date of the crime and the release of the offender.  In the year 2010 Alaska annulled the law restricting a drunken and drugged person from possessing a handgun.

Custody of the following listed arms is illegal without a proper license by the federal state. Approval is necessary for the following:

It is illegal to sell, possess, manufacture, or trade these firearms

Restrictions for owning a gun

You cannot possess a gun in Alaska if you are:

Requirements for a Pistol permit in Alaska.

You need to fulfill all the essential requirements for getting a pistol permit in Alaska:

According to Alaska law, an order of restriction will be issued against the person who commits domestic violence who uses guns at the time of committing the offense. They will have to hand over their guns or possession of guns if they have used them as a tool for the abuse. The investigating officer also has the right to seize the gun and keep it with them till or during the entire investigation for evidence and finding truth.

A background check in Alaska

According to federal law, a background check should be conducted by licensed firearm dealers before selling or handing in the possession of guns. Federal law provides checking of background by going through every state and federal records, database. Federal law is in contact with NICS (National Instant Criminal Background Check System) and uses state databases through the FBI using this NCIS system. On the other hand, Alaska is not in Contact with NCIS and has no law that requires conducting background checks.  As an outcome, the background checks have to be done directly through the FBI in Alaska.

If you or your loved one have been charged with or arrested for any other type of crime ― including drug crimes or sex crimes ― while in possession of a gun, additional firearm crime charges will be filed against you. Do not hesitate to talk to a lawyer with the experience, resources, and dedication to seek the best possible outcomes on your behalf. At TrialGuy, we are dedicated to providing you with the best and most attentive client service. If you are a victim of federal gun charges or want to know your rights to own a gun in Alaska, contact us at TrialGuy (907-262-9164) to speak to our experienced personal injury lawyer.

Contact now and get a free consultation. We are proud to serve all of Alaska, Anchorage, Soldotna, Denali, Kenai.