How Can I Do an Arrest Warrant Search in Alaska? 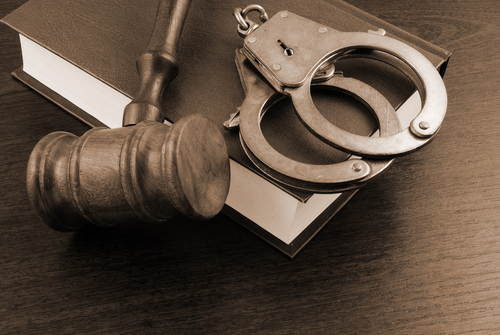 What Can I Do If a Warrant is Out for My Arrest in Alaska?

So you've heard there's a bench warrant out for your arrest. Simply put, a bench warrant is a general term for a written order issued by a judge authorizing the arrest of a person charged with a crime (or occasionally contempt of court). More specifically, a judge will issue a bench warrant when a defendant violates the rules of the court, often including bail conditions. For example, many people charged with a crime failed to show up for court when they are supposed to and the judge will issue a bench warrant so police can pick them up. So unless you feel like carrying around $500 in cash on you at all times, it is best to show up in court when you're supposed to. Bail jumping, as it is commonly referred to, can get your bail revoked and lead to new criminal charges. It is never worth it; ignoring a problem like a warrant does not make it go away (more on that below).

Will I Go to Jail If I Turn Myself in for a Bench Warrant?

The police do not often arrive at your doorstep just to serve a bench warrant; instead, a bench warrant will stay outstanding until the police run across you inadvertently (like for a speeding ticket). Every time you get stopped by police while driving, they run a “warrants check” and will undoubtedly arrest you if you have any outstanding warrants. If there is a warrant out for you, you can turn yourself in to the police or to the jail, but if you do not already have an attorney it may be difficult to try to reach one once you are jailed. Hiring an attorney before you turn yourself in can often avoid the need of going to jail by cooperating with the prosecutor. Most bench warrants have a monetary amount attached to them, so if you pay it you will be set free again and ordered to return to court at some later date. Commonly, someone will miss court and the judge will issue a $500 bench warrant for failure to appear. If that happened to you, you can turn yourself into the local jail and pay $500 to get out without delay. Again, you will have a future court date that you must appear for or the whole process could start over again.

How Much Criminal Trouble is a Failure to Appear?

After Senate Bill 91, most Failure to Appear charges in Alaska are now merely “violations.” A violation is not a criminal charge, but instead an infraction subject to a relatively small fine. However, there are exceptions: if you Failed to Appear for either of the following two reasons, it is a crime — (1) an intention to avoid prosecution, or, (2) a failure to make contact for 30 days after a hearing. When these exceptions apply, a failure to appear is a felony if the underlying charge which you failed to appear on was itself a felony. Likewise, failure to appear on a misdemeanor is another misdemeanor (when those listed exceptions apply). Beware! The Alaska Legislature is hot to repeal or modify Senate Bill 91, so the penalties for failure to appear may get substantially worse in the near future.

Can the Police Come into Your House With a Bench Warrant?

It is presumably illegal for the police to enter your home without a warrant, although like in many areas of the law there are exceptions to this rule. For example, if the police are pursuing a fleeing felon they may enter a residence hot on their heels. Also, do not be surprised if the police enter without permission your home after a 911 operator receives a hang-up call that might involve domestic violence. The police may also enter a home without a warrant under what is called the community caretaker exception to the warrant requirement: think of when the police entered O.J. Simpson's property without a warrant because they saw a tiny spot of blood on his white Bronco and were “concerned” that he might be injured inside. If police come to your house to serve a warrant, usually they will just knock very loud and insistently until someone answers the door.  It's it not very often they will literally kick in a door, but it does happen.

How Long Does It Take for a Bench Warrant to Go Away?

Simply put, a bench warrant never expires and may be outstanding for years. If you are hiding out trying to avoid a criminal charge that has been filed, the statute of limitations will not help you because it is typically “tolled” during the time you are on the run. (Click here to read more about Statutes of Limitations in another blog article I wrote.) Even if you manage to get outside of Alaska, some crimes are serious enough that a warrant for your arrest can be served in other places around the world and you will be extradited back to Alaska in all likelihood.

What Is the Difference between an Arrest Warrant and a Bench Warrant?

Whereas a bench warrant is issued by the court, typically based on a violation of court rules or bail conditions, an arrest warrant is usually started by a police officer. Typically, a police officer will file a sworn statement with a local judge explaining why he or she believes that the person named has committed a crime (usually this statement is in the form of an affidavit designed to establish “probable cause”). If the judge agrees there is probable cause the person named has committed a crime, the judge will issue an arrest warrant which will allow the police to come to find you – wherever you are – and arrest you. It is worth considering that usually when you are arrested the police will search you thoroughly, and search any home or vehicle you were in just before you are arrested. During this “search incident to arrest,” police may lawfully look for evidence of the crime for which you are being arrested or any weapons. If the police follow the rules, it will be very hard to suppress any evidence found during your arrest.

What Is a Material Witness Warrant?

If you are an important witness to a crime, but you either refused to obey a subpoena or indicated you plan to ignore the subpoena, the trial judge can issue a “material witness warrant.” In fact, the Alaska Court of Appeals upheld the arrest of a 13-year-old girl as a material witness in a sex abuse trial, so adults can expect the same treatment. However, please know that the only time you are required to come to court to testify is when you are properly served with a subpoena to do so. A subpoena is a legal court order requiring you to appear and testify (and sometimes to produce documents or other things relevant to your testimony).

Can I Be Arrested Without a Warrant?

There are many crimes that the police can arrest you without an arrest warrant. Most notably, virtually any felony offense can lead to your arrest without a warrant. Also, misdemeanor crimes involving domestic violence can lead to an arrest without a warrant. Driving under the influence also will result in an arrest on the spot without an arrest warrant because these are common and dangerous offenses. There are other times the police could arrest you if they chose, but instead, they issue you a summons to come to court at a later date. That is more common in Alaska after Senate Bill 91, with the intent being that it frees police up to do more work on a shift and not get bogged down in paperwork hauling everybody to jail.

What Should I Do If I Have a Warrant?

The first thing to do if you think there is an arrest warrant in your name is to determine whether or not that is actually true. If you are concerned about being arrested, it is probably not your best bet to go to the police station and cold ask if you have a warrant unless you feel like taking a free ride to jail immediately. Instead, you can search the Alaska State Trooper “Active Warrants” page by following this link: Active Warrants. Please realize that on the day I write this the Active Warrants site is 550 pages long! Thus, I suggest using the “find” function on your computer and search for your last name. For example, if I were looking for my own warrant I would push CONTROL+F (shortcut for “Find”) on my keypad and type in “Derleth” to see if I'm in those 550 pages somewhere.

If indeed there is a warrant out for your arrest, you probably already know what it is about (don't lie to me!). But if it really is a mystery to you, I would suggest you click on this link to the Alaska court website (CourtView) and search for your name and try to find the case that has an open warrant. An easier if the more expensive route would be to hire an attorney to do this for you, and you can get some (hopefully good) advice on how to handle both the warrant and the criminal case at the same time. It may very well be possible the attorney you hire can file a Motion to Quash the warrant and you appear voluntarily at a later date without the hassle, embarrassment, and trauma of being arrested and taken to jail.

What Should I Not Do If I Have a Warrant?

Do not run! The warrant is not going anywhere and usually, it is better to deal with it right away. Hire or at least consult with a skilled criminal defense attorney in Anchorage, AK as soon as possible. Do not try to drive through Canada because that will not go well. Unless you have all your ducks in a row, it is usually not a good idea to just turn yourself in on the warrant unless and until you have consulted with competent counsel. The fact that you already have a warrant outstanding for your arrest is a big deal and you do not need to make it worse by making more poor choices.

Will Hiring a Criminal Lawyer Help Me If I Have a Warrant Out for My Arrest in Alaska?

Yes. A consultation with a skilled criminal lawyer might save you a lot of time, energy, and time in prison. Keep in mind that a DUI attorney and medical malpractice lawyer is your legal advocate and must give you sound advice rather than telling you whatever they think you want to hear to get you to hire them. If you have any further questions about this topic, feel free to call my office in at 907.262.9164 or send me an email personally at [email protected]

For 25 years, Eric Derleth has helped the people in Soldotna, Anchorage, Kenai, and Palmer / Wasilla areas as a personal injury lawyer. Born and raised in Soldotna, Eric truly understands Alaska’s laws and the legal system. LEARN MORE ABOUT ERIC 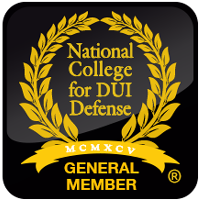 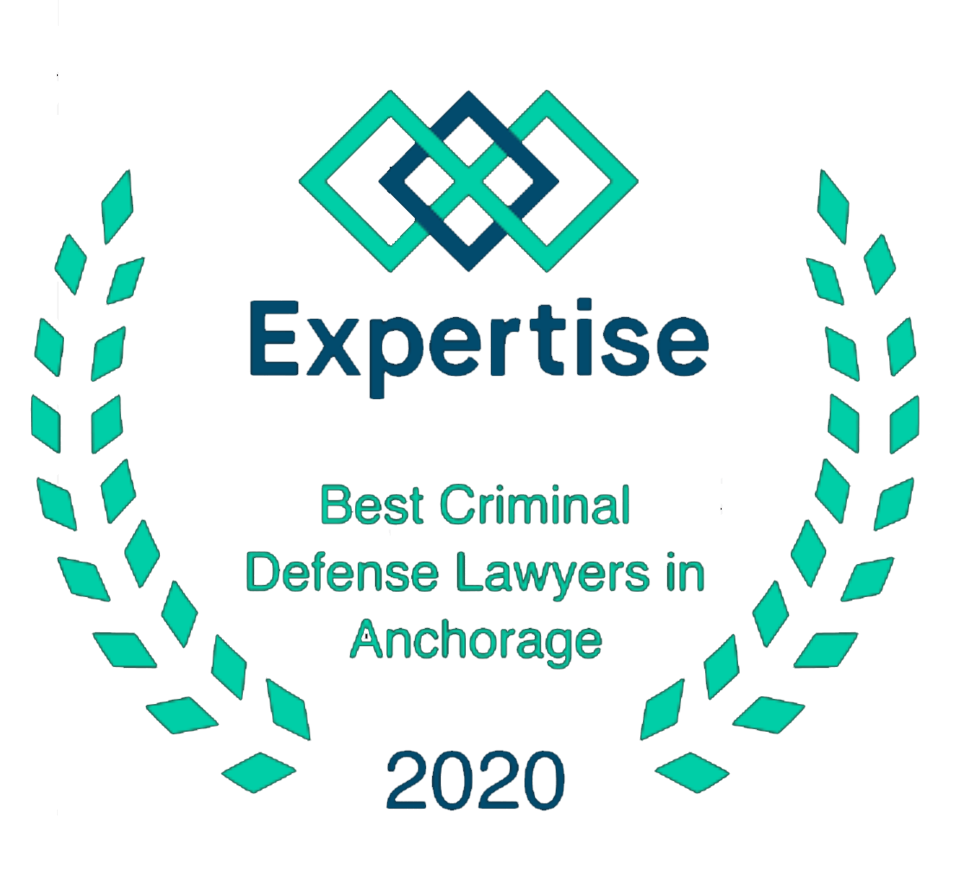