How to Get a Pardon in Alaska 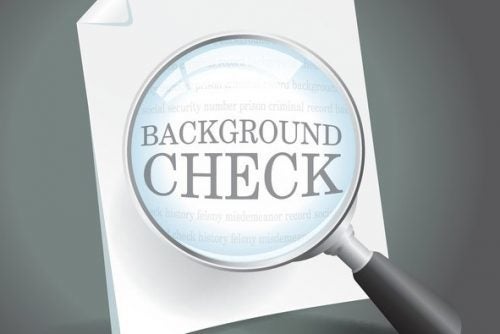 Should I Care About an Alaska Pardon?

A pardon is a decision by the governor of a particular state to allow a person to be absolved of guilt for a crime, or an alleged crime as if it never happened. In fact, the pardon may be granted before or after a conviction for the crime or crimes. A pardon is different than an “expungement” of one's record and different than a “suspended imposition of sentence.” (Please see my other blog articles on Expungement and Suspended Imposition of Sentences.) A pardon is sometimes referred to as executive clemency because it comes from the head of the executive branch (i.e., a governor of a state or the President of the United States). In reality, executive clemency is broader than just a pardon and includes a commutation of sentence, remission of a fine or restitution, and a reprieve. You probably have heard that Donald Trump has issued several pardons and several commutations since taking office: for examples, former Sheriff Joe Arpaio, Scooter Libby, Dinesh D'Souza, and Jack Johnson (who was convicted of an all-white jury in 1913 for traveling across state lines for “immoral purposes”… Mr. Johnson was black and his girlfriend was white).

What Is a Pardon in Alaska?

While pardons are sometimes seen at the federal level as a mechanism for combating or instigating (depending on your perspective) corruption, they are rarely granted in modern Alaska. Although guaranteed to the governor in the Alaska Constitution, Article 3, Sec. 21, the power to pardon someone was not restored until 2018, over 11 years after a moratorium put on it by the Alaska legislature. Alaska statute 33.20.070 states: “The governor may grant pardons, commutations of sentence, and reprieves, and suspend and remit fines and forfeitures in whole or part for offenses against the laws of the state of Alaska or the territory of Alaska.” Since Alaska was made a state in 1959, governors have granted less than 200 clemency awards (pardons and commutations of sentences). No clemency has been issued since seven pardons were granted by Gov. Frank Murkowski in 2005 and 2006. Alaska's first governor, Bill Egan, granted a total of 66 pardons between 1959-1966. After Gov. Murkowski pardoned a company convicted of criminally negligent homicide (due to the death of one of its workers) in 2007, the legislature passed a law requiring parole board investigations and notification of victims for anyone seeking a pardon or other grant of clemency. For more than a decade and lasting through three governors, there have been nearly 300 requests for clemency that has sat in limbo.

What Type of Crimes Can Be Pardoned?

All of that was supposed to change in 2018 with the passage of a new law setting new guidelines for the process by which to consider and grant clemency. Now those wishing to pursue clemency must complete a much more extensive application and review process which asks for detailed information about the person's job, education, and criminal histories and community engagement. It is theoretically possible, but practically not likely, that a person convicted of murder could be pardoned by the Governor of the state of Alaska. However, the governor may not grant executive clemency unless he or she has first provided notice of consideration to the Board of Parole for investigation of the clemency petition, and at least 120 days have elapsed. The parole board must send notice of the consideration of executive clemency the Department of Law, the Office of Victims Rights, and the victim of a crime against a person, a crime involving domestic violence, or arson in the first degree.

Are There Crimes That Cannot Be Pardoned?

As far as I can tell, there is no list of crimes which are not technically eligible to be pardoned. However, like anything else in politics, there are practical matters to consider. As far as a downsize, there is no cost to apply for a pardon, but the process is complex and lengthy. An application for clemency can be found at the Alaska Board of Parole's website, or by clicking here: http://www.correct.state.ak.us.pdf

What Other Options Do I Have Clear My Criminal Record?

Limiting public access to one's criminal record is referred to as “expungement.” An expungement is different from a “pardon.” Expungement was essentially a lawsuit wherein a criminal offender filed suit to seal his or her criminal records to make them unavailable through state and federal criminal databases. If successful the records are said to be “expunged” and theoretically nobody should be able to find them doing a records-search. Black's Law Dictionary defines “expungement of record” as the “process by which record of criminal conviction is destroyed or sealed from the state or federal repository.”

Expungement of criminal records is different than what is afforded some first-time offenders in Alaska: a Suspended Imposition of Sentence. Alaska statute 12.55.085 allows a judge to suspend imposition of sentences for some low-level offenders, even some felonies. The practical effect is that if the person completes probation without violating it, the judgment of conviction is “set aside.” That is, the conviction no longer has any legal effect. Importantly, however, this does not mean the criminal records are sealed. By law, the judge may not suspend imposition of sentence for any person convicted of a DUI (or refusal to submit to a breath test), a sexual offense, a felony crime against a person, or uses a firearm during the commission of their offense. There are other restrictions against receiving and SIS, but those are the primary ones.

If the person has all of the charges dismissed, for any reason including misidentification, there is an administrative rule the person can invoke to have that case sealed from public view. Ordinarily, all criminal records in Alaska can be viewed by the public on a website called Courtview. If you believe you have a criminal record on the Courtview public index in error, you may want to talk to a skilled attorney about it. However, if you would like to try to remove the record yourself click on the following link to Form TF-810 which you can file with the court clerk asking to exclude your case from Courtview under Administrative Rule 40 or Alaska Statute 22.35.030: https://public.courts.alaska.gov   As part of the application process, you will be required to prove that at least 60 days have passed since the date of your acquittal or dismissal in that case, and attached proof of the acquittal and/or dismissal.

How Can I Get a Copy of My Criminal Record?

Yes. If you would like to receive your own criminal record, you may go to any Alaska state trooper detachment a local police agency, or the Department of Public Safety, Criminal Records and Identification Bureau Lake located at 5700 E. Tudor Rd. in Anchorage. If you cannot appear in person at one of those locations, you may request a copy of your criminal history for $20, and you must submit a check or money order to the Records and Identification Bureau at the address listed on the following form: https://dps.alaska.gov

Can Anyone Else Get a Copy of My Criminal Record?

Not really; at least not without your agreement. But for your employer or potential employer to get a copy of her criminal record, you would have to authorize the records search. There is a form that both you and the employer or prospective employer have to sign and send to the state of Alaska (and pay $35 for fingerprint-based state background checks).

Do I Need a Lawyer to Help Me with a Pardon?

Probably. A consultation with a skilled criminal defense attorney might save you a lot of time, energy and wasted money on hiring the wrong person who just tells you what you want to hear. Your lawyer should tell you what you need to know, not just what you want to hear. A lawyer is your legal advocate and must give you honest advice rather than act as your cheerleader trying to make you feel better. Some lawyers will tell you whatever they think you want to hear to get you to pay them, which is both unprofessional and unethical. If you have any further questions about this topic, feel free to call my office in at 907.262.9164 or send me an email personally at [email protected]