What is the Difference Between a Misdemeanor and a Felony in Alaska? 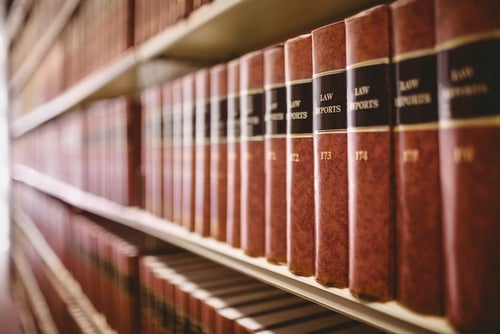 If you have been charged with a crime in Alaska, among other information you need to know, it is important to understand whether you are being charged with a misdemeanor or a felony. Misdemeanors and felonies carry different penalties, and a felony conviction can have far greater consequences beyond the formal sentence imposed.

What Constitutes a Felony Crime in Alaska?

Under Alaska law, the basic definition of a felony is a criminal offense for which the minimum potential sentence includes at least one year in state prison. Alaska law recognizes three “classes” of felonies, while the most-serious felonies are unclassified and each subject to the specific (and severe) penalties imposed under the relevant statutes:

Class A Felonies in Alaska

Under Section 11.81.250(a)(1) of the Alaska Statutes, Class A felonies are those which, “characteristically involve conduct resulting in serious physical injury or a substantial risk of serious physical injury to a person.” Examples include drug manufacturing, aggravated assault, and other serious violent offenses. Class A felonies carry the potential for up to a $250,000 fine and 20 years in prison, although most first-time felony offenders will face prison sentences of between five and eight years.

Class B Felonies in Alaska

Under Section 11.81.250(a)(2), a Class B felony is one which, “characteristically involve[s] conduct resulting in less severe violence against a person than class A felonies, aggravated offenses against property interests, or aggravated offenses against public administration or order.” This includes criminally negligent homicide, attempt or conspiracy to manufacture methamphetamine, and various other serious offenses. Class B felonies carry the potential for up to a $100,000 fine and 10 years in prison, with most first-time offenders facing one to three years of imprisonment.

Under Section 11.81.250(a)(3), a Class C felony is broadly defined as any felony offense that is not serious enough to be classified as a Class A or Class B felony or to be treated separately as an unclassified felony offense. Examples of Class C felonies include promoting or facilitating prostitution, failing to report violations of wildlife and gaming laws, and providing big game hunting services without proper certification. Class C felonies carry the potential for a $50,000 fine and up to five years of imprisonment, with most first-time offenders facing zero to two years.

Certain crimes are considered to be so severe that they are subject to penalties above and beyond those imposed for Class A felonies. These unclassified felonies are:

What Constitutes a Misdemeanor in Alaska?

A misdemeanor is any crime for which the maximum jail sentence is one year or less. Sections 11.81.250(a)(4) and (5) establish two classes of misdemeanors: Class A and Class B.

Class A Misdemeanors in Alaska

Class B Misdemeanors in Alaska

Regardless of whether you have been charged with an unclassified felony or a Class B misdemeanor, you are facing substantial fines and jail time. In order to protect yourself, it is important to start working on your defense as soon as possible. You could have a variety of defenses available, and working with an experienced criminal defense attorney in Anchorage, AK is the best way to avoid unnecessary (and potentially life-changing) consequences as a result of your arrest.

If you have been arrested for a crime in Alaska, I encourage you to contact our criminal defense attorney promptly for a free and confidential consultation. To find out what defenses you may have available, call my office at 907-262-9164.