What are the Penalties for Driving Under the Influence (DUI) in Alaska?

What are the Penalties for Driving Under the Influence (DUI) in Alaska? 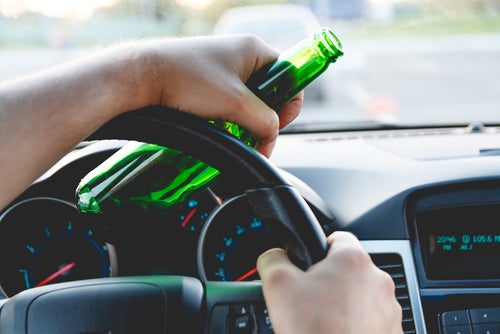 According to the Alaska Department of Motor Vehicles (DMV), the average cost of a first-time DUI conviction is $24,265. As noted by the DMV, this does not include the cost of being unable to drive (for a minimum of 90 days) or having a DUI conviction on your permanent record. With a DUI on your permanent record, you may find it difficult to find employment (and you could potentially lose the job you have now); and, if you are currently enrolled in school or thinking about going to college, a DUI could significantly limit your access to higher education.

Being convicted of DUI in Alaska can truly be a life-changing experience. The penalties imposed under Alaska law are substantial, and the consequences of a DUI can extend far beyond the duration of your jail sentence and driver's license suspension. While the penalties for repeat offenders increase substantially, even a first-time offense can result in jail time and significant costs and fines, and a DUI conviction in Alaska will stay on your record for the rest of your life.

The DUI Penalties in Alaska

The penalties for “driving while under the influence of an alcoholic beverage, inhalant, or controlled substance” (commonly known as “DUI”) are established in Section 28.35.030 of the Alaska Statutes. If you have been charged with DUI, the penalties that are on the table will be determined by a few different factors, including:

Penalties for a First-Time DUI in Alaska

If you already have a DUI on your permanent record, then facing a second or subsequent DUI charge carries enhanced penalties. Assuming that you are not being charged with a Class C felony (more on this below), the potential penalties for repeat DUI offenders in Alaska include:

These, of course, are in addition to the other penalties listed above (court costs, alcohol safety education or rehabilitative treatment, SR22 insurance, and potential installation of an IID) for first-time DUI offenders. It is also important to note that these are the penalties for “standard” DUI offenses. If you caused a serious accident, if you had a minor in your vehicle, or if any of a variety of other circumstances apply to your case, then you could be facing additional charges and penalties.

In Alaska, Class C felonies carry maximum penalties of five years in prison and a $50,000 fine. Under the DUI statute, minimum penalties include:

You will also lose your driver's license permanently, with a possible (but not guaranteed) restoration of your driving privileges after 10 years if you have not been convicted of any additional crimes (DUI or non-DUI) and you provide proof of financial responsibility.

But wait, there's more. While you can lose your license for 90 days or more following a DUI conviction, you will also automatically lose your license simply as a result of being arrested for DUI. In order to avoid this “administrative” suspension, you must request a hearing within seven days of your arrest. If you refused the breathalyzer, you can be charged with an “implied consent” violation, and there are various other factors that can enhance the consequences of a DUI arrest in Alaska as well.

Speak with an Alaska DUI Defense Lawyer for Free

Have you been arrested and charged with DUI in Alaska? If so, it is important that you speak with a DUI defense lawyer as soon as possible. To discuss your case in confidence, call our DUI and criminal defense attorney in Anchorage at 907-262-9164 or request a free initial consultation online today.