Can Parents Recover for Wrongful Death of a Child in Alaska? 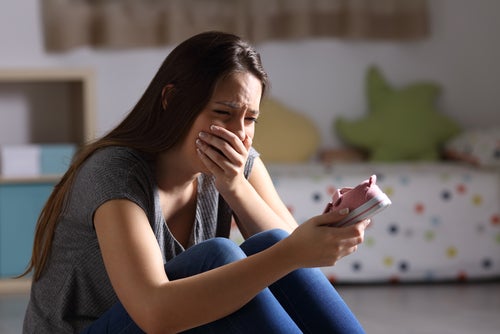 In Alaska, a claim for wrongful death in most instances is governed by Alaska statute 09.55.580. This law provides that “when the death of a person is caused by the wrongful act or omission of another…” the decedent has a cause of action just the same as if the wrongful conduct only injured rather than killed them. In America, we do not have “eye-for-an-eye” justice, but we also do not turn a blind eye to justice. The only remedy is money which the person at fault must pay to the estate of the person who was killed. This same law applies to the death of a minor child, but it must be recognized that most minor children will die without a spouse, children of their own, or “other dependents” who count on them for support. This matters because in Alaska there is a difference between someone who dies without any dependents (also known as “statutory beneficiaries”) and someone who is survived by either a spouse, minor children, or other people who depended on them for support. In the situation where the person killed had no statutory beneficiaries, that wrongful death lawsuit may only seek what is called in the law “pecuniary losses.” Pecuniary losses just mean hard economic damages like lost wages, medical bills and funeral costs. Contrarily, if a person is killed and is survived by statutory beneficiaries, then their estate is allowed to sue not only for pecuniary losses but also their emotional pain and suffering, and the loss of society and loss of consortium the person who died would have afforded them.

How is the Wrongful Death of a Child Different?

Again, most minor children killed by the carelessness or recklessness of another would not have any statutory beneficiaries who survived them. So, it would seem at first blush that the wrongful death case of a minor child would be limited to pecuniary losses (which would typically be very small given that most minor children are not earning a significant income when killed). However, that all changed when the Alaska Supreme Court handed down its decision in Gillespie vs. Beta Construction Company in 1992. In that case, Greg Gillespie, Jr. was struck and killed by a construction van driven by an employee of Beta Construction. Greg Jr. was only 14 years old at the time he was tragically killed in the crash, and predictably he was not survived by any statutory beneficiaries (i.e., he was not married, nor he did he have any minor children or “other dependents”). The defendant, Beta Construction, argued that by law Greg's parents were not allowed to sue for any of their own emotional pain-and-suffering from the loss of their teenage son. Of course, the defendant relied on Alaska statute 09.55.580 to argue that the damages for Greg's death were limited to pecuniary losses only. While that argument was technically accurate, the Alaska Supreme Court justified its ultimate watershed ruling — allowing Greg's parents to recover money for their own so-called “loss of society” damages — under a separate statute: Alaska statute 09.15.010. That latter statute says: “A parent may maintain an action as plaintiff for the injury or death of a child below the age of majority.”

Prior to Gillispie, it was not clear that Alaska statute 09.15.010 would permit these parents to recover for loss of society (nonpecuniary losses) of their minor son. The defendants argued that although the statute created a cause of action for the death of their minor child, it does not mention recovering for anything above and beyond pecuniary (hard economic) losses. While that is true, the Alaska Supreme Court looked to the legislative history and the roots of that second statute. The Court noted that Alaska'a statute was drawn verbatim from the Oregon Civil Code (like much of Alaska's law). Further, the Court noted that Alaska statute 09.15.010 had its roots in the common law which viewed a minor's labor as belonging to his or her parents like a piece of property; thus, an injury to the minor (and hence his or her ability to work) resulted in a loss to the parents. Tellingly, the statute permitting parents to sue for the death of a minor child had its underpinnings in the legal rights the parents had to the labor of their child in a master-servant relationship. The Alaska Supreme Court went on to say that although the law's master-servant origins are antiquated (my words not theirs), the law evolved: “Just as loss of consortium in the spousal context has evolved from its master-servant origins to now recognize damages for the loss of care, comfort, companionship and solace inherent in the marital relationship, a parent's action for injury or death of a child can no longer justly be limited to its master-servant origins. Thus we conclude that a parent's right of action under A.S. 09.15.010 includes the right to recover loss of society damages.”

In a later case, the Alaska Supreme Court further clarified the rule that parents may sue for nonpecuniary losses related to the death of a minor child. In 2008, in Sowinkski vs. Walker, the Alaska Supreme Court held that parents in wrongful death and survival actions brought as a result of the death of a minor child may not recover nonpecuniary damages for the period after the decedent would have reached the age of majority. The court explained that the statute creating an independent cause of action for parents to recover losses resulting from the death of their children does not allow a parent to recover damages resulting from the loss of a child who dies during adulthood; thus, as such it would be “anomalous” to allow parents whose children died while minors to recover loss of consortium damages for periods during which those children would've been adults while denying the same recovery parents whose children died while adults.

What Bad Conduct is the Basis of a Wrongful Death of a Child in Alaska?

In Alaska, any type of fatal outcome that is caused by the wrongful act (or omission) of another can be the basis for a wrongful death lawsuit. Such wrongful acts typically involve careless or reckless conduct, and more specifically may include:

6. Intentional or Reckless Murder in Any Degree

8. Failure to Protect from Harm When It Duty to Do so Existed

Who Can File a Wrongful Death Case for the Death of a Child?

What Types of Harms and Losses Are Recoverable in a Wrongful Death Case?

Given that parents who sue for the death of a minor child are relying on a separate statute than 09.55.580, it is not entirely clear what all nonpecuniary damages they made be entitled to in their lawsuit. As we have examined, the harms and losses in a wrongful death case which have a remedy depend in part on whether the decedent is survived by dependents or not. In essence, if the person killed is survived by dependents the harms and losses for which there are remedies can be much more extensive. When the jury decides the amount to allow, the statute requires consideration of such things as the following:

1. Deprivation of the Expected Economic Benefit to the Beneficiaries That Would Have Resulted from the Continued Life of the Deceased

2. Loss of Contributions for the Support

3. Loss of Assistance or Services to the Beneficiaries

5. Loss of Prospective Training and Education

But this list of six factors, which the jury must consider when allowing a money damages verdict, is not repeated in the statute (09.15.010) which provides a remedy for parents whose minor child is killed. However, it seems there is a good faith public-policy argument that the same bullet list of points should apply (although most parents would never argue that they have lost contributions for the support from their minor child due to his or her death).

Are There Downsides to Suing for the Wrongful Death of a Child?

It is always the case in Alaska that if you sue somebody and you lose, you could end up owing them a portion of their attorney's fees. A wrongful death case is no different, so a consultation with a skilled malpractice lawyer who has handled other wrongful death cases is a must. An important matter to consider is that some potential jurors have been poisoned by the insurance industry to believe that parents who sue for the wrongful death of a child are trying to “profit from the death of their child.” As mentioned above, in the American system of justice we do not tolerate the barbaric practice of eye-for-an-eye justice, and instead, we rely on money to compensate those who are injured or killed due to the carelessness or recklessness of another. Given that mindset amongst a not insignificant subset of possible jurors, whichever lawyer you hire in a case involving the death of a child better have credible and comprehensive strategies on how to deal with jurors who would look down on a parent for suing for money after the death of their child.

Will Hiring a Lawyer Help Me Decide Whether to Sue for Wrongful Death?

Yes. A consultation with a skilled criminal attorney might save you a lot of time, energy and wasted money. Keep in mind that a lawyer is your legal advocate and must give you sound advice rather than telling you whatever they think you want to hear to get you to hire them. If you have any further questions about this topic, feel free to call my office in at 907.262.9164 or send me an email personally at [email protected]