Can Someone Recover for Bystander Trauma Injury in Alaska?

Can Someone Recover for Bystander Trauma Injury in Alaska? 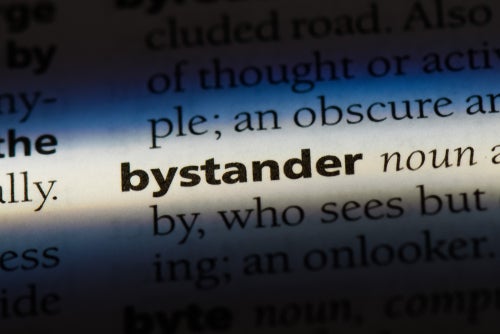 Having done personal injury cases in Alaska for nearly 25 years, I have been asked many times whether someone has to be directly injured in an accident before they can file a lawsuit. Usually the person suing suffers their own direct injuries, but that is not necessarily required in Alaska. There are lawsuits which have significant merit wherein the person suing actually witnesses a traumatic injury to a close loved one. Under Alaska law, this has the rather clunky name: “Negligent Infliction of Emotional Distress.” It's no more sexy initialsim is “NIED.” In essence, negligent infliction of emotional distress is a personal injury claim that arises when one person acts carelessly or recklessly and harms another person which is directly witnessed by their loved one, or the loved one witnesses the immediate aftermath. Imagine if you saw your own child run over by a car in the street by a drunk driver; certainly everyone knows the child injured would have a meritorious personal injury lawsuit, but less commonly understood is that the child's parents, brothers, or sisters (etc.) may also have a legitimate claim against the drunk driver for that very same car-versus-child crash. Colloquially referred to as “bystander trauma,” the child's parents, brothers, or sisters may also be entitled to a remedy for their own severe emotional trauma. In Alaska, a negligent infliction of emotional distress claim for bystanders was first recognized by the Alaska Supreme Court in 1986. (Tommy's Elbow Room, Inc. vs. Kavorkian)

What is Needed to Prove “Negligent Infliction of Emotional Distress” in Alaska?

By way of background, Alaska law only permits people to recover damages solely on the basis of emotional distress under limited circumstances. The general rule holds that monetary damages are not awardable in the absence of a physical injury; however, the court has carved out two exceptions to this rule: (1) the bystander exception, and (2) the pre-existing duty exception. We are dealing here only with the former situation: the bystander exception, which if satisfied will allow someone to recover a remedy for harms and losses that are purely mental/emotional and not the result of a direct physical injury. This bystander exception allows certain bystanders to recover a money remedy for emotional distress caused by witnessing a physical injury to another. But, the bystander exception in Alaska is very limited in application so as to prevent p him strangers from routinely suing negligent drivers for crashing into and hurting someone the stranger-witness did not even know personally.

The elements of a cause of action for bystander trauma liability are: (1) the plaintiff was near the scene of the accident; (2) the plaintiff's shock resulted from the sensory and contemporaneous observance of the accident; and (3) a close relationship existed between the plaintiff and the injured individual. In reality, despite those elements an NIED lawsuit really comes down to a matter of foreseeability — the plaintiff must prove that it was “reasonably foreseeable” that he or she would suffer emotional harm as a result of the accident, rather than requiring that he or she contemporaneously observed the accident. In other words, a parent could recover for traumatic injuries to their own child if they either saw the the crash itself, or came upon it shortly thereafter. For example, the parents of 17-year-old Heather Dowdy successfully recovered money for negligent infliction of emotional distress after their daughter was killed in a head-on collision with a drunk driver who crossed the centerline with a blood alcohol content of nearly .30% BAC. Neither of Heather's parents saw the crash itself, but learned of it from the police whereafter they rushed to the Fairbanks hospital and waited in the chapel for about an hour when they were told that their daughter had died. Both parents saw Heather shortly after all medical efforts to save her had ended and she passed away. Understandably, Heather's parents sued for their daughter's own traumatic injuries and death, but they also filed suit for recovery for their own extreme emotional and mental suffering, loss of society, and punitive damages against the drunk driver who killed their daughter (Kirk Jackson).

What Types of Harms and Losses Are Recoverable in an NIED Case?

The emotional suffering that is compensable with a money remedy in a negligent infliction of emotional distress case must be “severe.” In 1992, the Alaska Supreme Court permitted a mother to maintain an NIED claim against the state of Alaska for a car wreck that killed her 17-year-old daughter. At the time of the crash, the mother was at her home in Petersburg about 6 miles from the crash site when she learned about what happened from friends. She and those friends immediately drove to the scene but rescue workers prevented them from approaching the wrecked vehicle which still contained her badly injured daughter. The mother and her friends then drove to the hospital where she was present when her daughter was wheeled in on a gurney and she saw her injured daughter for the first time. The Alaska Supreme Court ruled that the severe emotional shock resulting from observing her daughter's traumatic injuries during the continuous flow of events in the immediate aftermath of the crash, when it cannot be said that she had time to “steal herself,” was compensable. More specifically, the Supreme Court held: “We believe, however, that one who is thrust, either voluntarily or involuntarily, into such dramatic events and who makes a sudden sensory observation of the traumatic injuries of a close relative in the immediate aftermath of the event which produced them is no less entitled to assert a claim for his or her emotional injuries than one who actually witnessed the event. By contrast, one who learns of the injury or death of a loved one, or who observes the pain-and-suffering or the injuries only after a considerable period of time has elapsed since the accident, suffers a harm which, while foreseeable, policy and reason dictate the law should not regard as compensable.”

Are There Downsides to Suing for Negligent Infliction of Emotional Distress?

It is always the case in Alaska that if you sue somebody and you lose, you could end up owing them a portion of their attorney's fees. A negligent infliction of emotional distress case is no different, so a consultation with a skilled personal injury attorney who has handled other NIED cases is a must. An important matter to consider is that some potential jurors have been poisoned by the insurance industry to believe that parents (or other family members) who sue for their own injuries based on the death of or injuries to their loved one are trying to “profit from the harm to their loved one.” In the American system of justice we do not tolerate the barbaric practice of an eye-for-and-eye justice, and instead, we rely on money to compensate those who are foreseeably harmed due to the carelessness or recklessness of another. Whoever you hired to represent you in a case involving bystander trauma better have credible and comprehensive strategies on how to deal with jurors who would look down on someone for suing for money after witnessing the death of or injuries to their loved one.

Will Hiring a Lawyer Help Me Decide Whether to Sue for NIED?

Yes. A consultation with a skilled civil attorney might save you a lot of time, energy and wasted money. Keep in mind that a criminal lawyer is your legal advocate and must give you sound advice rather than telling you whatever they think you want to hear to get you to hire them. If you have any further questions about this topic, feel free to call my office in at 907.262.9164 or send me an email personally at [email protected]