Statute of Limitations for Lawsuits in Alaska 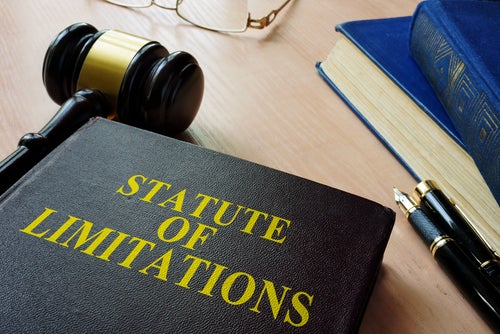 Over the 25 years I have been helping others with lawsuits, I am frequently asked: “What is the statute of limitations for   X  ?” Consider this article a primer on Alaska's law concerning statute of limitations, which usually would cost you about $300 to come to talk to me about for a consultation. It is important to keep in mind that the general public policy behind the legislative enactment of statutes of limitations is to encourage promptness in the prosecution of actions, to avoid injustice which may result from prosecution of stale claims, and to protect against difficulties caused by lost evidence, faded memories and disappearing witnesses.

What Is the Statute of Limitations in Alaska?

Returning to the question I said I am often asked, it rarely lends itself to a simple answer. The reason is that there are myriad statutes of limitations for different types of civil and criminal actions. For example, most personal injury claims must be filed in court within two years from the date of injury. The most obvious example would be a car crash. A defamation lawsuit must likewise be filed within two years of the date of publication of the slanderous or libelous statement. (Please see my other blog article for a fuller explanation of Alaska's Defamation of Character law.) A breach of contract action must be filed within three years from the date of breach. Addressed more fully below, a professional negligence cause of action must be sued on within three years for breach of contract, whereas it used to be considered a tort (i.e., similar to a personal injury). Alaska also has a catch-all statute of limitation which reads: “an action for a cause not otherwise provided for may be commenced within 10 years after the cause of action has accrued.” Do not rely on this law, or do so at your own peril; there is likely a statute of limitations more directly on point which is much shorter than 10 years.

What is the Statute of Limitations on Debt in Alaska?

What is the Statute of Limitations on IRS Debts?

As a general rule, there is a 10 year statute of limitations on IRS collections; thus, the IRS tax collectors can try to collect your unpaid taxes for up to 10 years from the date taxes were assessed.

What is the Statute of Limitations for Theft in Alaska?

Five years. Robbery, however, is considered a violent crime and likely would be 10 years.

What is the Statute of Limitations for Sexual Assault in Alaska?

What is the Statute of Limitations for Assault in Alaska?

When Does a Cause of Action “Accrue”?

Given that the statute of limitations clock begins to run when a cause of action “accrues,” it is vital that one understands what accrual really means in order to appreciate when the limitations period starts (and ends). Some causes of action are more simple when it comes to accrual than others. For example, a simple breach of contract accrues when the contract is breached. A personal injury cause of action accrues when the injury occurs (for example, the date of a car crash). However, what about cases where the plaintiff does not know on the date of injury that they have been injured? That might seem like an oxymoron, but consider a patient under anesthesia whose surgeon makes a crucial mistake during surgery, that is not known for several years, when it suddenly manifests itself. In that situation, typically, the cause of action does not accrue until the plaintiff is aware of the critical and material facts which lead them to understand they have a cause of action or that would place a reasonable person in their situation “on notice.” Interestingly, the Alaska Supreme Court looks upon the statute of limitations defense (i.e., tossing out a lawsuit) with “disfavor,” and will “strain neither the law nor the facts in its aid.”

Under the so-called discovery rule, a cause of action accrues when the plaintiff has enough information sufficient to alert a reasonable person to the fact that he or she has a potential cause of action, at which point the plaintiff should begin an inquiry to protect his or her rights (and is deemed to have notice of all facts which reasonable inquiry would disclose). Even though reasonable inquiry would not be immediately productive, a cause of action nonetheless accrues if, within the statutory period, all essential elements of the cause of action may reasonably be discovered. Pedersen vs. Zielski, 822 P.2d 903 (Alaska 1991). This discovery rule for the running of statute of limitations applies in all cases where the injury is undiscovered and reasonably undiscoverable within the ordinary statute of limitations (typically two years) after it was caused. This rule also applies, as well, in situations where the injury is known but its cause is unknown (and reasonable diligence would not lead to its discovery).

What is the Difference Between a Tort and Breach of Contract?

Black's Law Dictionary defines a “tort” as: “A private or civil wrong or injury, other than breach of contract, for which the court will provide a remedy in the form of an action for damages. A violation of the duty imposed by general law or otherwise upon all persons occupying the relation to each other which is involved in a given transaction.” Generally, the three elements of every tort action are: (1) existence of a legal duty from the defendant to the plaintiff; (2) breach of this duty; and, (3) damages proximately caused by the breach of this duty. On the other hand, a breach of contract is defined by Black's Law Dictionary as a “Failure, without legal excuse, to perform any promise which forms the whole or part of the contract. Prevention or hindrance by a party to a contract of any occurrence or performance requisite under the contract for the creation or continuance of a right in favor of the other party or the discharge of the duty by him. Unequivocal, distinct and absolute refusal to perform an agreement.”

What Is the Deadline for a Professional Liability Lawsuit in Alaska?

According to one study, by 1970 only one out of every 40 attorneys had been subject to a malpractice claim, but just 10 years later that ratio rose dramatically, when nearly one out of every 14 attorneys had submitted a claim to their malpractice insurance carriers. For what it's worth, a criminal defense lawyer in Alaska must either maintain professional liability insurance or disclose their lack of malpractice insurance in writing to a client. Failure to make this disclosure is an ethical violation and should be reported to the Alaska Bar Association. (Although I have never been sued for legal malpractice, I have always practiced with professional liability insurance in place because going without would be akin to a trapeze artist performing without a net.)

Lee Houston & Associates, Ltd. v. Racine, in 1991, reflected a significant change in direction by the Alaska Supreme Court with respect to the issue of statutes of limitations applicable to claims of professional malpractice. (Think: medical, engineering, architectural, real estate and legal malpractice). Prior to Racine, the Court treated such claims as sounding essentially in tort and applied the usual two-year limitations period used in negligence actions. But in Racine, the Court overruled the line of precedent cases and applied instead the six-year limitations period applicable to actions for breach of contract. Importantly, the Alaska Legislature has since reduced the statute of limitations for contract actions by half: now it is only three years. Importantly, for statute of limitations purposes, a plaintiff is chargeable with any negligence on the part of his or her attorneys in failing to review (for example) the relevant medical records which could have disclosed a medical malpractice claim; thus, if a plaintiff misses a statute of limitations because the criminal defense attorney failed to perform his or her due diligence, then the only recourse might be a legal malpractice action (which ironically has its own statute of limitations, which begins to run when the client knows or should have known the essential facts which would lead to a legal malpractice lawsuit).

What If My Insurance Policy Contains a Shorter Time Limit?

Does Anything Toll or Delay a Statute of Limitation?

Again, Alaska generally adheres to the so-called discovery rule which recognizes a statute of limitations may be tolled for a period of time (essentially extending the statute of limitations during the period of tolling). For example, a cause of action for medical malpractice will not accrue until the patient knows, or, in the exercise of reasonable diligence, should have known of the facts demonstrating the possible malpractice. However, it may be in Alaska that all actions must be brought within 10 years of the date of injury regardless of the application of the discovery rule. The point is not to delay once you know that you possibly have a lawsuit against somebody; instead, you should consult an attorney as soon as possible lest ye blow it by waiting too long. One exception to the 10-year deadline involves personal injuries to children. More on that next.

Is There a Special Rule for Children Who Sue?

According to Alaska statute 09.10.140, if a person entitled to bring an action is under the age of 18 at the time the cause of action accrues, the period of time up until their 18th birthday is not part of the time limit for commencement of their lawsuit. Stated more simply by way of example, if a 12-year-old is injured in a car crash, the two-year statute of limitations that ordinarily applies does not begin to run until they turn 18 years of age. Thus, effectively their statute of limitations is eight years in that circumstance. (This same rule applies if the plaintiff — at the time the cause of action accrues — is incompetent by reason of mental illness or mental disability.)

Will Hiring a Criminal Lawyer Help Me Decide When to File a Lawsuit?

Yes. A consultation with a skilled criminal lawyer could well save you from missing a crucial statute of limitations. It is important to recognize that the statute of limitations is a jurisdictional issue: if you miss it, the court will entertain no excuses and your lawsuit will be dismissed, period. If you think you have a meritorious lawsuit, or you just have any further questions about this topic, feel free to call my office in at 9072629164 or send me an email personally at [email protected]