What is the Definition of Domestic Violence (or Abuse) in Alaska? 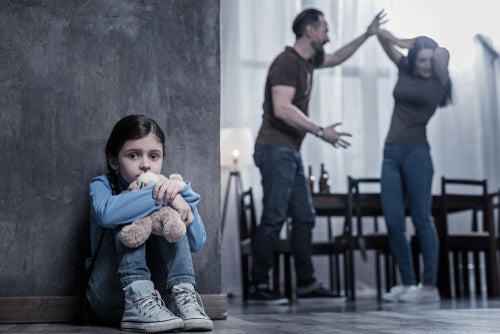 What is Domestic Violence in General?

“Domestic violence” (Alaska's term for domestic abuse) has been defined by some as a pattern of coercive, controlling behavior that is pervasive and potentially life-threatening. Domestic abuse affects people in all our communities regardless of gender, age, sexual orientation, race, ethnicity, religion, and social standing. As you read through this article, you may find that some things you would not necessarily think of domestic violence actually are under Alaska law. Some states refer to it as “family violence,” but regardless of the terminology, at its core are threats of violence, intimidation, and physical abuse meant to control another person — usually a domestic partner or spouse.

There are myriad theories regarding what makes batterers use abuse on people closest to them. One theory is that batterers are just criminals, committing their crimes intentionally to achieve dominance they believe men (typically) are entitled to. Others theorize that abuse is the byproduct of deep psychological and developmental scars (which are not gender-specific). Many experts agree several common characteristics among batterers can be found in most — they are controlling, manipulative, wrongly perceive themselves as victims, and many believe that men have a preordained right to be in charge of all aspects of a relationship. It probably does not help that many use religion to justify and sustain this power imbalance.

What is “Domestic Violence” in Alaska?

Alaska defines “domestic violence” very broadly in Alaska Statute 18.66.990. This law makes committing any of the following crimes, or just attempting to do so, an act of domestic violence:

– any “crime against a person” (homicide, assault, sexual violence or abuse, reckless endangerment, and stalking)

– harassment in the 2nd degree (certain subsections, only)

Given the serious consequences stemming from a conviction for domestic violence, and just how broad Alaska's definition is for such crimes, anyone in a volatile domestic situation needs to either get out of it or learn how to protect themselves against false allegations of domestic abuse. Alaska is well-reputed to lead the country in domestic violence, and it is taken very seriously by both the criminal and family courts.

Does Domestic Violence Prevent Me from Owning Guns?

Answer: very possibly. Under federal law, 18 United States Code section 922 (18 USC sec. 922), there are many people who are not necessarily felons who nevertheless may not purchase or possess any firearms or ammunition, including:

1. a fugitive from justice,

2. anyone who is an unlawful user of or addicted to any controlled substances (as defined in the Controlled Substances Act),

5. anyone who was dishonorably discharged from the Armed Forces,

6. anyone who was a citizen of the United States who renounced his citizenship,

7. anyone who is subjected to a long-term domestic violence restraining order, and

8. anyone who has been convicted in any court of a misdemeanor “crime of domestic violence.”

This is a complex area of state and federal law, so it's not a good idea to try to figure it out on your own if you are not trained in the law. For example, what exactly is a “crime of domestic violence”? What does it mean to be an unlawful user of or addicted to drugs? How can it be that a felon can have his gun rights restored yet someone who commits a misdemeanor crime of domestic violence cannot?

If you are uncertain whether you can legally possess a firearm, you need to get an answer to that question before you try to purchase a gun or continue to possess one (or several). Guessing on this and getting it wrong could have life-altering consequences for you and your family.

Is There a Domestic Violence HOTLINE?

1-800-799-SAFE (7233). TheHotline.Org has domestic violence advocates ready to talk to anyone with question 24/7/365. Locally, Kenai has a long-running domestic violence shelter which has many services and counselors for victims of domestic abuse. You can reach someone to talk to, or if you're looking for a place to be safe, at 907-283-9479. Known as the Lee Shore Center, this organization has both an emergency shelter (for women and children, only) and a transition living center. They can also help with daycare assistance. For more information, click on this LINK for Lee Shore Center.

Are There Resources for Batterers?

Although not many people are interested in proactively seeking help for their own violence against an intimate partner, at least not until after they are arrested/convicted of domestic violence, there are resources for those who have victimized someone they love. Mentioned above, Lee Shore Center in Kenai has a 48-week batterer's intervention course (men only). I have had many clients who have been convicted of domestic violence where their conduct was situational and a total aberration — in such cases, a possible alternative to the year-long Lee Shore Center program is an anger management course. For example, many of my clients have found success in the Anger Management Training Institute's online programs. For more on AMTI, click HERE.

Answer: very possibly. The Alaska legislature passed a law over a decade ago that dramatically changed how trial courts handle child custody cases which involve domestic violence allegations (against either a spouse, intimate partner, or children of those relationships). If you meet with a criminal attorney about a custody case and this topic is not addressed thoroughly, you might consider consulting a different lawyer altogether. It is too important not to cover from Day One if there were any allegations — including ones where the police were never involved — of domestic abuse by one or both partners.

In short, Alaska Statute 25.24.150 creates a (rebuttable) presumption against sharing physical or legal custody of one's children if that parent has ever committed two or more acts of “domestic violence,” or caused serious physical injury during any one incident. This includes acts of violence that were never reported to the police and for which the person was never convicted. Yes, that means your spouse or partner can simply make allegations against you, without corroborating proof or a conviction, and keep you from sharing legal or physical custody of your children. There are some avenues for relief from the application of this rather draconian law, but they are nuanced and not intuitive. So, it is important that you not commit or attempt to commit anything resembling domestic abuse against any child or domestic partner/spouse. And if you are accused of doing so, you must seek qualified help.

How Can I Get a Domestic Violence Restraining Order?

Anyone who feels they have been the victim of domestic abuse can petition the court for a protective order. To find the forms you need to do so, click on the following LINK. (If you need to include a restraining order to protect minor children, that is also available HERE.)

If the protective order is granted, the court can order any combination of the following to protect you:

(1) Prohibit the respondent (bad guy) from threatening to commit or committing domestic violence, stalking, or harassment;

(2) Prohibit the respondent from telephoning, contacting, or otherwise communicating directly or indirectly with the petitioner (the person who asks for the protective order);

(3) Remove and exclude the respondent from the residence of the petitioner, regardless of ownership of the residence;

(5) Prohibit the respondent from entering a propelled vehicle in the possession of or occupied by the petitioner;

(6) Prohibit the respondent from using or possessing a deadly weapon if the court finds the respondent was in the actual possession of or used a weapon during the commission of domestic violence;

(10) Give the petitioner possession and use of a vehicle and other essential personal items, regardless of ownership of the items;

(13) Require the respondent to reimburse the petitioner for expenses associated with the domestic violence, including medical expenses, counseling, shelter, and repair or replacement of damaged property;

(14) Require the respondent to pay costs and fees (i.e. Lawyer fees) incurred by the petitioner in bringing the action under this chapter; and/or

(15) Order the respondent, at the respondent's expense, to participate in a batterer's intervention program and/or a treatment program for abuse of alcohol or controlled substances.

The court will ask the filing party the relief he or she wants to be contained in the protective order, so be ready to provide this information clearly to your judge if asked. If you think you need a domestic violence restraining order, you may want to speak with an attorney (or a victim's advocate) prior to filing.

Will Hiring a Criminal Lawyer Help Me If I Am Accused of Domestic Violence?

Quite possibly. A consultation with a skilled criminal lawyer who also has experience in family law might save you a lot of heartache, energy and time in prison. Keep in mind that a lawyer is your legal advocate and must give you sound advice rather than telling you whatever they think you want to hear to get you to hire them. If you have any further questions about this topic, feel free to call my office in at 907.262.9164 or send me an email personally at [email protected]