What’s a Suspended Imposition of Sentence in Alaska? 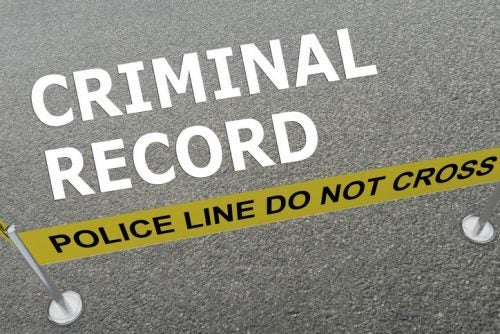 Should I Ask for a Suspended Imposition of Sentence in Alaska?

Having a criminal record may result in struggling to get good employment and a nice place to live. Having a criminal record could make them a poor risk in some people's eyes. These folks are also at risk of losing state and federal benefits and other public assistance. Of course, a criminal record can also affect civil rights such as voting, holding office, and serving on a jury. These barriers are frequently referred to as collateral consequences, and if you're reading this you probably know just how harmful a prior criminal record can be. Collateral consequences are additional civil penalties or just common consequences for how other people in society treat a prior offender. For example, some employers will not hire people with a domestic violence conviction because they view them as too large a risk; that is an example of a societal collateral consequence. There are even some jobs that you are not allowed to hold because of a prior conviction, particularly people who have to work for an employer licensed by the Department of Health and Human Services. These are referred to as “Barrier Crimes.” (Please see my separate blog on Barrier Crimes and their specific consequences.)

Is there anything you can do about a prior criminal conviction on your record?

What is an SIS in Alaska?

Some people think they are going to go for an expungement or pardon, but both are very rare under Alaska law. An expungement involves filing suit to seal one's criminal records to make them unavailable through state and federal criminal databases. If an expungement is granted, that person may treat the event as if it never occurred, whereas a “pardon” (also called executive clemency) does not erase the event but instead amounts to forgiveness from the governor of that state.

That brings us to a Suspended Imposition of Sentence (usually called an SIS for short). Alaska statute 12.55.085 grants the power to your judge to suspend imposition of sentences for certain lower-level offenses, even some felonies. When the person successfully completes probation (i.e., without violating it), the judgment of conviction is “set aside.” After it is “set aside” the conviction ceases to have any legal effect. This does not mean the criminal records are sealed; in other words, an SIS does not result in expungement.

What Criminal Charges are Eligible for an SIS?

Most misdemeanors and some lower-level felony crimes are eligible for an SIS, by they are usually reserved for younger or first-time offenders. The reality is that an SIS is an opportunity, not a free pass. The person has to earn the “set aside” by performing well on probation and satisfying all of the court's orders. The court is allowed to revoke and terminate probation if the judge has reason to believe the person violated the conditions of probation, engaged in other criminal offenses during probation, or violated an order to participate in a treatment plan. While the person who is granted a set aside is never sentenced, they are technically convicted for the period of probation (usually one year for misdemeanors). Thus, even if your conviction is set aside someday after probation is over, the truthful answer to the question — on an employment application — “Have you ever been convicted of a criminal offense?” is “Yes.”

What Criminal Records are NOT Eligible for an SIS?

Any criminal case that resulted in a conviction on at least one count, where there are multiple counts, will remain in the public index on Courtview. For example, if you are charged with DUI and refusal to submit to a chemical breath test, but you are only convicted of the DUI, you are not allowed to have the refusal charge deleted from Courtview or “expunged.” The public policy behind this is that the community has the right to look up criminal records and learn about the charges, including charges that were dismissed. Again, the only exception is where the entire case and all charges in it are dismissed for whatever reason. Or, if you have the good fortune of receiving acquittals on all charges, you can apply to have that case sealed from public view. Moreover, by law, the judge may not suspend imposition of sentence for any person convicted of a DUI (or a refusal to submit to a breath test), a sexual offense, a felony crime against a person, or uses a firearm during the commission of their offense. There are other restrictions against receiving and SIS, but those are the primary ones.

What Other Options Do I Have to Clear My Criminal Record?

If the person has all their charges dismissed, for any reason (including misidentification), there is an administrative rule the person can invoke to have that case sealed from public view. Ordinarily, all criminal records can be viewed by the public in Alaska on a website called Courtview. If you believe you have a criminal record on the public index in error, you may want to talk to a skilled attorney about it. However, if you would like to try to remove the record yourself click on the following link to Form TF-810 which you can file with the court clerk asking to exclude your case from Courtview under Administrative Rule 40 or Alaska Statute 22.35.030. As part of the application process, you will be required to prove that at least 60 days have passed since the date of your acquittal or dismissal in that case, and attached proof of the acquittal and/or dismissal.

There are serious and important differences between an SIS, an expungement and a pardon: (1) if an SIS is granted, the conviction is later “set aside” so it has no legal effect any longer; (2) if an expungement is granted, that person may treat the event as if it never occurred; and (3) if a pardon (also called executive clemency) is granted, it does not erase the event but instead amounts to forgiveness from the governor of that state. It is worth noting that expungements and pardons are for convictions for violations of Alaska state law–not for federal expungement of records for violations of federal criminal laws. A pardon for a federal criminal conviction may only be granted by the president of the United States, however, a pardon for violation of Alaska state law would come directly from its governor.

How Can I Get an SIS?

The best way to get an SIS is to hire a lawyer who convinces the prosecutor you deserve one. It is also possible to get an SIS even after you go to trial and get convicted, assuming you are not convicted for a crime that is ineligible for a suspended imposition of sentence. Whether to impose a suspended imposition of sentence in a given case is left to the discretion of the sentencing court. Parson vs. State of Alaska, 404 P.3d 227 (Ak. App. 2017). For example, in Parson case the Alaska Court of Appeals found it was not required that the sentencing judge grant an SIS following conviction for fourth-degree assault (domestic violence), because although the defendant had no prior convictions, he was 47 years old and considered a mature offender who caused multiple injuries to his wife, and it was not the first time he had assaulted her (which sadly occurred in the presence of their teenage son).

Can I Get a Copy of My Criminal Record?

Yes. If you would like to receive your own criminal record, you may go to any Alaska state trooper detachment a local police agency, or the Department of Public Safety, Criminal Records and Identification Bureau Lake located at 5700 E. Tudor Rd. in Anchorage. IIf you cannot appear in person at one of those locations, you may request a copy of your criminal history for $20, and you must submit a check or money order to the Records and Identification Bureau at the address listed on the following form: https://dps.alaska.gov

Can My Employer Get a Copy of My Criminal Record?

Possibly. For your employer or potential employer to get a copy of her criminal record, you would have to authorize the records search. Basically, there is a form that both you and the employer or prospective employer have to sign and send to the state of Alaska (and pay $35 for fingerprint-based state background checks).

Will Hiring a Criminal Lawyer Help Me Clear My Criminal Record?

Probably. A consultation with a skilled criminal lawyer might save you a lot of time, energy and wasted money on hiring the wrong person who just tells you what you want to hear. Your lawyer should tell you what you need to know, not just what you want to hear. A lawyer is your legal advocate and must give you honest advice rather than act as your cheerleader trying to make you feel better. Some lawyers will tell you whatever they think you want to hear to get you to pay them, which is both unprofessional and unethical. If you have any further questions about this topic, feel free to call my office in at 907.262.9164 or send me an email personally at [email protected]