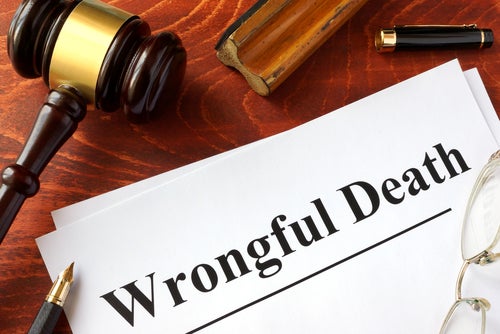 For nearly 25 years I have litigated for families who have lost a loved one due to someone else's carelessness or recklessness. In Alaska, if you or someone you know has lost a loved one under circumstances that suggest it was someone else's fault, there could be a meritorious case for wrongful death and/or a survival action. Most lawsuits of this kind involve what could colloquially be called an “accident” — but it is much larger than that. First of all, a wrongful death case could lie where someone was intentionally killed at the hands of another; moreover, an “accident” suggests that the event that led to the death was unexpected and unavoidable … the “stuff happens” defense. In essence, a wrongful death case can be filed if a person is killed by the carelessness or recklessness of another who had a duty to be careful. Likewise, and complementary to that, a survival action may exist alongside the wrongful death case, depending on how long the person lived through their pain-and-suffering which ultimately led to their death.

What Constitutes a Wrongful Death Case in Alaska?

A lawsuit for wrongful death in Alaska is a creature of legislative fiat, which means that Alaska's lawmakers have created a statute that permits the person killed (actually their personal representative) to sue anyone who caused their death by being careless or reckless. That law, Alaska statute 09.55.580, provides that “when the death of a person is caused by the wrongful act or omission of another…” the decedent has a cause of action just the same as if the wrongful conduct only injured rather than killed them. In America, we do not condone “an eye for an eye” justice, but we also do not turn a blind eye to justice either. That means in our system of civil justice the only remedy is money, which the person at fault must pay to the estate of the person who was killed.

What Types of Accidents Can Be the Basis of a Wrongful Death Case in Alaska?

In Alaska, any type of fatal outcome that is caused by the wrongful act (or omission) of another can form the basis of a wrongful death lawsuit. Such wrongful acts typically involve careless or reckless conduct, and more specifically may include things such as:

6. Intentional or Reckless Murder in Any Degree

8. Failure to Protect from Harm When It Duty to Do so Existed

Who Can File the Wrongful Death Case for a Loved One?

What Types of Harms and Losses Are Recoverable in a Wrongful Death Case?

In Alaska, the harms and losses in a wrongful death case for which there is a legal remedy depend in part on whether the decedent is survived by dependents or not. In essence, if the person killed is survived by dependents the harms and losses for which there are remedies can be much more extensive. Again, if the person is not survived by dependents the only remedy is for economic losses under Alaska statute 09.55.580(a). Alaska's wrongful death statute mandates that the jury consider all of the facts and circumstances that led to the death, and from them “fix the award at a sum which will fairly compensate for the injury resulting from the death.” When the jury is contemplating a fair amount of money to allow for what was wrongly taken, the law requires consideration of such things as:

1. Deprivation of the Expected Economic Benefit to the Beneficiaries That Would Have Resulted from the Continued Life of the Deceased

2. Loss of Contributions for Support

3. Loss of Assistance or Services to the Beneficiaries

4. Loss of Consortium (Love and Affection)

5. Loss of Prospective Training and Education

Importantly, in Alaska, the loved ones who are left after the death are not entitled to a remedy for their own personal suffering unless they were the spouse, minor children, or “other dependents” of the decedent. For example, adult children who were not dependent on their parents any longer, are not allowed to sue for their own mental and emotional suffering from the death of their parent(s). Any money that is allowed by the jury for the harms and losses in a wrongful death case will be divided among the spouse, minor children, and other dependents based on the proportion of loss to each. If the person who died was 48 years old and had two teenage children, these children would receive a smaller share of the money verdict than the surviving spouse because he or she would have relied on the decedent for a much longer period of time than the children whose claim would have ended at the age of 18 (typically). In Alaska, parents who suffer the loss of a minor child also have an independent and standalone cause of action for that wrongful death, and the mental and emotional pain-and-suffering that obviously results from such a tragic and incalculable loss.

One exception to that rule comes in the form of a lawsuit for what is called in the law “Negligent Infliction of Emotional Distress” (NIED). Basically, an NIED lawsuit may exist if and when a non-dependent family member either witnessed the death itself or the immediate aftermath thereof. (See my related blog on NIED claims.)

What's a “Survival Action” Case, and How Is It Different Than Wrongful Death?

Whereas wrongful death claims provide a remedy for the survivors left to deal with life without their loved one, a “survival action” is designed to posthumously benefit the person killed for their own suffering. If the person was killed more or less instantaneously, with virtually no conscious suffering prior to death, then no survival action will lie. If the person is injured and does not die right away, the survival action allows the jury to provide a remedy for that pre-death pain-and-suffering (including the horrific contemplation of one's own death).

Who Can File a Survival Action in Alaska?

Will Hiring a Lawyer Help Me In a Wrongful Death Lawsuit?

Yes. A consultation with a skilled criminal lawyer might save you a lot of time, energy and wasted money. Keep in mind that a lawyer is your legal advocate and must give you sound advice rather than telling you whatever they think you want to hear to get you to hire them. If you have any further questions about this topic, feel free to call my office in at 907.262.9164 or send me an email personally at [email protected]