How to Expunge Your Criminal Record in Alaska 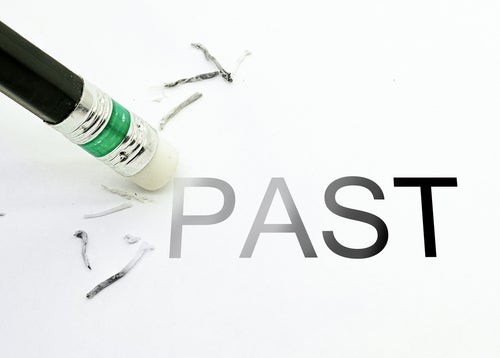 Do You Need to Seal Your Criminal Record in Alaska?

If you are reading this you are certainly aware that a criminal record may result in barriers to reentry into the community and the labor force. Former offenders often struggle to become productive members of society. Two of the most important factors in reducing recidivism are available safe housing and good employment. Undoubtedly a public criminal record is a serious barrier to securing work and a good place to live. People with a criminal record find it more difficult to get a job or rent a house or apartment because their criminal record could make them a poor risk in some people's eyes. These people are also at risk of losing state and federal benefits and other public assistance. Of course, a criminal record can also affect civil rights such as voting, holding office, and serving on a jury. These barriers are frequently referred to as collateral consequences, but that phrase does not do justice to how harmful a prior criminal record can be. Collateral consequences are additional civil penalties, some of them mandated by law, and some are just the natural and common consequences for how other people in society treat a convicted criminal with a record. For example, Canada will not let an American with a DUI conviction cross its border for at least five years, as either a driver or a passenger; this is an example of a collateral consequence mandated by law. However, still more employers will not hire people with a DUI conviction because they view them as too large a risk; this is an example of a societal collateral consequence.

So what can someone do about a prior criminal conviction on their record?

What Is an Expungement in Alaska?

The process of limiting public access to someone's criminal record is often referred to as “expungement.” A crucial point is that expungement is different from a “pardon” under Alaska law. More on that later. Under common law, an expungement was a type of lawsuit wherein a criminal offender filed suit to seal their criminal records to make them unavailable through state and federal criminal databases. If and when successful the records are said to be “expunged,” and theoretically nobody should be able to find them doing a records search. Black's Law Dictionary defines “expungement of record” as the “process by which record of criminal conviction is destroyed or sealed from the state or federal repository.”

Expungement of criminal records is different than what is commonly afforded some first-time offenders in Alaska: a “Suspended Imposition of Sentence.” Alaska Statute 12.55.085 allows a judge to “suspend” imposition of sentences for some low-level offenders, even some felony offenses. The practical effect is that if and when the person completes probation (i.e., without violating the terms of probation), the judgment of conviction is “set aside.” That is, it no longer has any legal effect. Importantly, however, this does not mean the criminal records are sealed. In other words, and SIS does not result in the Holy Grail: expungement. Moreover, by law, the judge may not suspend imposition of sentence for any person convicted of a DUI, refusal to take a breath test, a sexual offense, a felony crime against a person, or uses a firearm during the commission of their offense. There are other restrictions against receiving an SIS, but those are the primary ones.

What Criminal Records May Be Expunged in Alaska?

Unfortunately, Alaska law does not currently provide for expungement of any criminal records if the person is convicted of at least one charge in the case. If the person has all of the charges dismissed in a particular case, for any reason (including misidentification as the perpetrator), there is an administrative court rule the person can invoke to have that case sealed from public view. Ordinarily, all criminal records can be viewed by the public in Alaska on a website commonly called Courtview. If you believe you have a criminal record wrongly included on the public index (Courtview), you may want to talk to a skilled criminal lawyer about it as soon as possible. However, if you would like to try to remove the record yourself, click on the following link to Court Form TF-810 which you can file with the court clerk asking to exclude your case from Courtview under Administrative Rule 40 or Alaska Statute 22.35.030. {NOTE: you will be required to prove that at least 60 days have passed since the date of your acquittal or dismissal in that case, and attach proof of the acquittal and/or dismissal.}

What Criminal Records May Not Be Expunged in Alaska?

Any criminal case that resulted in a conviction on at least one count (where there are multiple counts) will remain in the public index on Courtview. For example, if you are charged with DUI and refusal to submit to a breath test, but you are only convicted of the DUI, you are not allowed to have the refusal charge deleted from Courtview. The public policy behind this is that the community has the right to look up criminal records and learn about the charges, including charges that were dismissed. Again, the only exception is where the entire case and all charges in it are dismissed for whatever reason. Or, if you have the good fortune of receiving acquittals on all charges, you can apply to have that case sealed from public view.

What Other Options Do I Have to Clear My Criminal Record in Alaska?

There is a serious and important difference between an expungement and a pardon; if an expungement is granted, that person may treat the event as if it never occurred, whereas a pardon (also called executive clemency) does not erase the event but instead amounts to forgiveness from the governor of that state. It is worth noting at this point that our discussion thus far about expungement refers to convictions for violations of Alaska state law — it does not cover the topic of expungement of records for violations of federal criminal laws. Likewise, a pardon for a federal criminal conviction may only be granted by the president of the United States, however, a pardon for violation of Alaska state law would come directly from our governor.

As of January 2018, there is a new process for applying for clemency in the state of Alaska (a.k.a. “pardon” from the governor). To be sure, clemency is a rather extraordinary measure and is quite rare. The common belief that you have to have a friendship with the governor is an urban legend, but that does not mean a pardon is easy to get. According to the state's website managed by the Department of Corrections and Parole Board: “A pardon is an order of official forgiveness granted to an individual for a crime or crimes. A pardon does not expunge, remove, or erase the crime from that individual's record.” A commutation is a partial or full reduction of the sentence for a person now incarcerated for having committed a crime. Essentially a commutation substitutes a less severe punishment for the original sentence. A reprieve provides only temporary relief from punishment; it is a term often heard with respect to a death sentence. Although Alaska does not have a death penalty, with a reprieve the person may be given the opportunity to postpone the beginning of incarceration or shorten the period of incarceration due to extenuating circumstances.

Can I Get a Copy of My Criminal Record?

Yes. If you would like to receive your own criminal record, you may go to any Alaska state trooper detachment or local police agency, or the Department of Public Safety, Criminal Records and Identification Bureau Lake located at 5700 E. Tudor Rd. in Anchorage. If you cannot appear in person at one of those locations, you may request a copy of your criminal history for $20, by submitting a personal check or money order to the Records and Identification Bureau at the address listed on the following form: https://dps.alaska.gov/RequestforCJI_FromRecordSubject.pdf

Can My Employer Get a Copy of My Criminal Record?

Possibly. For your employer or potential employer to get a copy of her criminal record, you would have to authorize the records search. Basically, there is a form that both you and the employer or prospective employer have to sign and send to the state of Alaska (and pay $35 for fingerprint-based state background checks). You cannot just go request a criminal background check of your neighbor (or new romantic suitor).

Will Hiring a Criminal Defense Attorney Help Me Clear My Criminal Record?

Possibly. A consultation with a skilled criminal defense attorney might save you a lot of time, energy and wasted money on hiring the wrong person who just tells you what you want to hear. Your lawyer should tell you what you need to know, not just what you want to hear. A lawyer is your legal advocate and must give you honest advice rather than act as your cheerleader trying to make you feel better. Some lawyers will tell you whatever they think you want to hear to get you to pay them, which is both unprofessional and unethical. If you have any further questions about this topic and others, feel free to call our Anchorage medical malpractice lawyer and DUI attorney at my office at 907.262.9164 or send me an email personally at [email protected]